What I love About Being an Architect (Part 1)

One of the nice things about going to a party is meeting new people. Early in the conversation someone usually asks “what do you do?” and I get to answer “I’m an Architect.” Everyone loves to speak with an Architect: many will share their childhood dreams about becoming an Architect, others will share a story about a past remodel and still others will want to share opinions about the new local building. Whatever the conversation, there’s always an interesting point of connection — and who doesn’t like being popular at a party?

There are lots of things I love about being an Architect, from the artistic creativity to the technological challenges — it embraces so many areas of human endeavor. Ever since I was a boy, I had a fascination with archaeology. I could sit for hours pouring through picture books of Egyptian and Mayan ruins, imagining the people who lived there and what the cities might have looked like when they were still new. I’m grateful that life has given me the chance to wander the streets and touch the building of a few of these ancient cities. I’m also grateful that this antiquarian interest can offer valuable insights in my professional life. 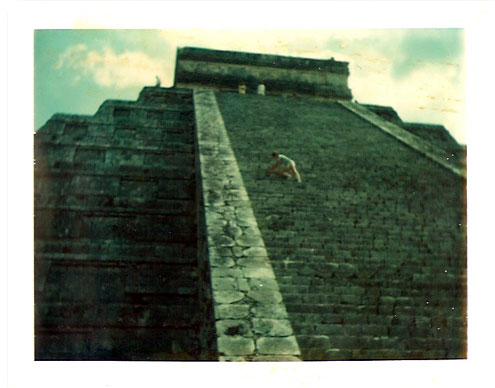 An old Polaroid shot of me climbing the temple

As an Architect, visiting an ancient building goes beyond tourism. I study the plans, examine the geometry and proportions, investigate the mythical and the symbolic meanings, and explore the structural system and construction methods. Generally I try to get behind the surfaces to understand what the original builders did and how they created their physical and emotional effects. One area of special concern of the ancient builders was understanding their place in the cosmos — often represented with alignments to the sun, moon and stars.

In the classical Mayan city of Chichen Itza sits El Castillo, site a Mayan temple dedicated to the deity Kukulkan. Each of the pyramid’s four sides has 91 steps which, when added together and including the temple platform on top as the final “step”, produces a total of 365 steps, representing the year and the seasons. Twice a year, during the spring and autumn equinoxes, the late afternoon sun strikes off the northwest corner of the pyramid and casts a series of triangular shadows against the northwest balustrade, creating the illusion of the feathered serpent diety “crawling” down the pyramid. 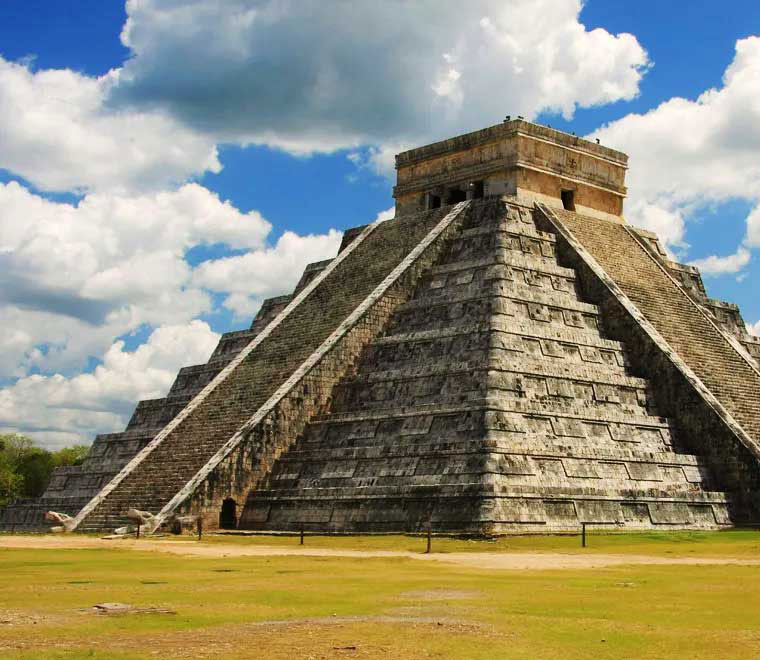 The feathered serpent descends from the heavens!

The ancient Khmer in Cambodia also used their buildings position and the sun to place themselves in the cosmos. The massive temple city of Angkor Wat is a virtual observatory of celestial objects. Most dramatic is the alignment of the sun atop the peak of the stuppa at the equinox. Beautiful and mystical effects of the sun can also be found in interior spaces: at Banteay Srei as the light of the sun seems to burn like the flame of enlightenment. 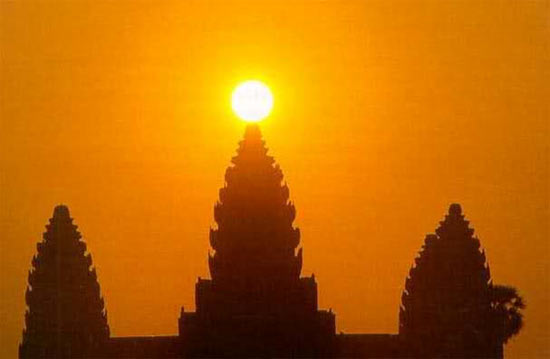 A wonder to behold! 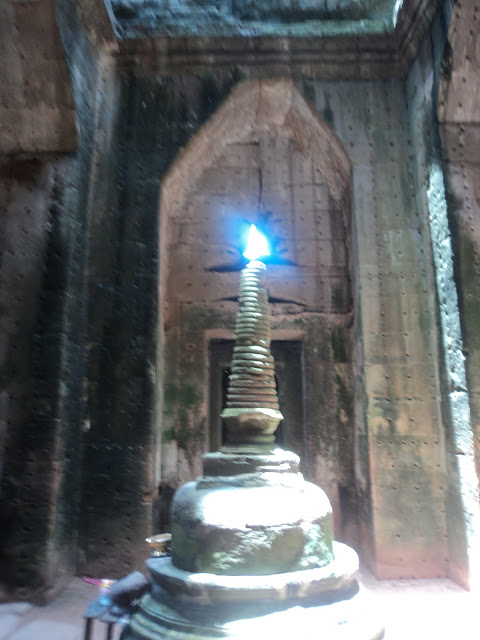 The best part about the study and visits of these ancient wonders is that what they teach can still be used in buildings today. In one recent project, we created a 3-story stair tower to bring light down into the lower, subterranean levels of the house. The open stairway lets gentle diffuse light filter down throughout the year. But on a few special days, when the alignment of the house and the sun is just right, direct sun rays navigate their way thru the building and alight the walls like the flames of old. 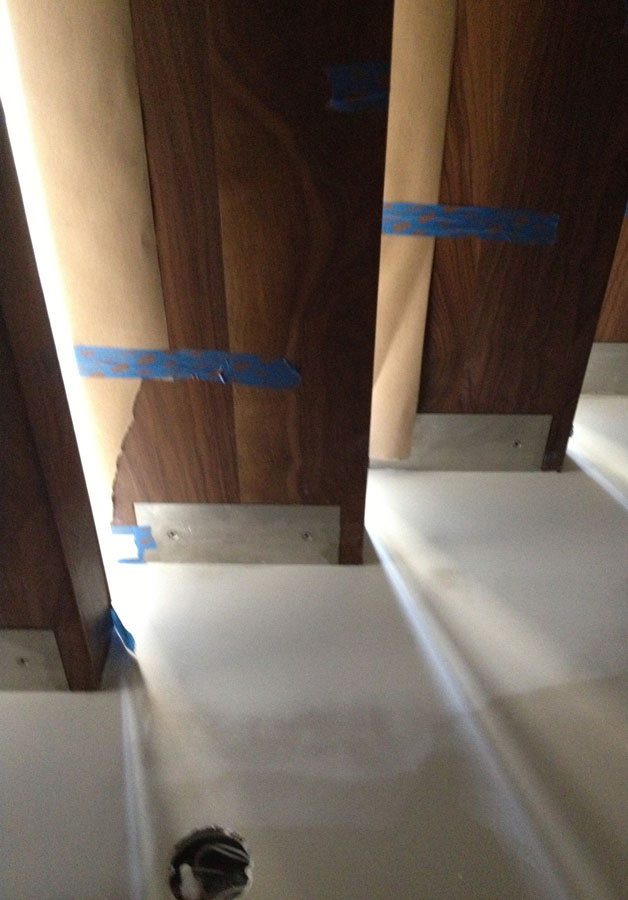 The sun begins to peek through 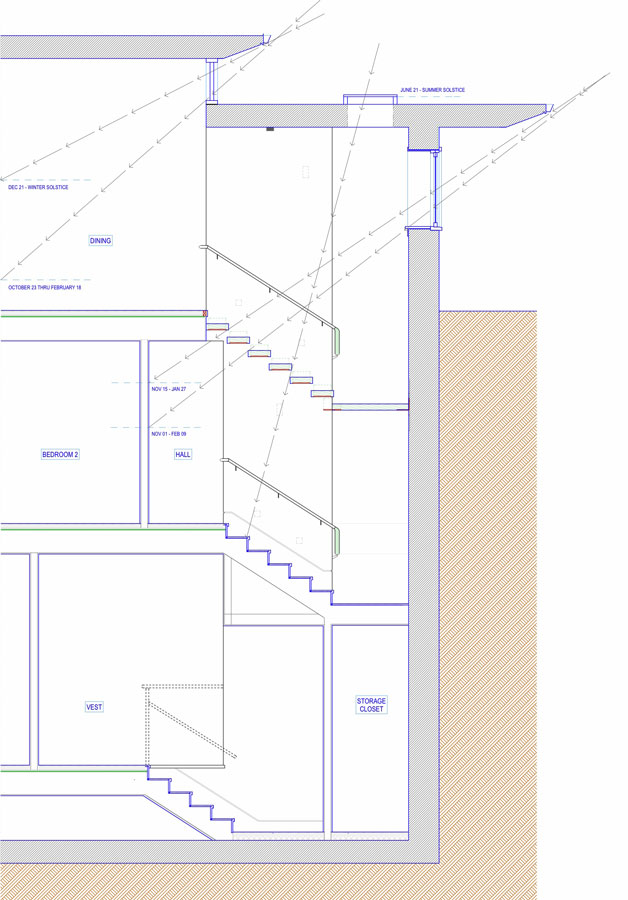 Precise calculations show the sun inside the house

How cool is it to be an Architect!! 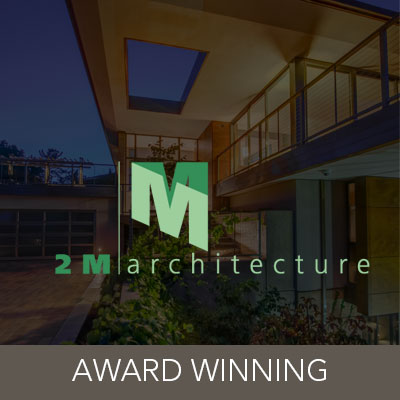